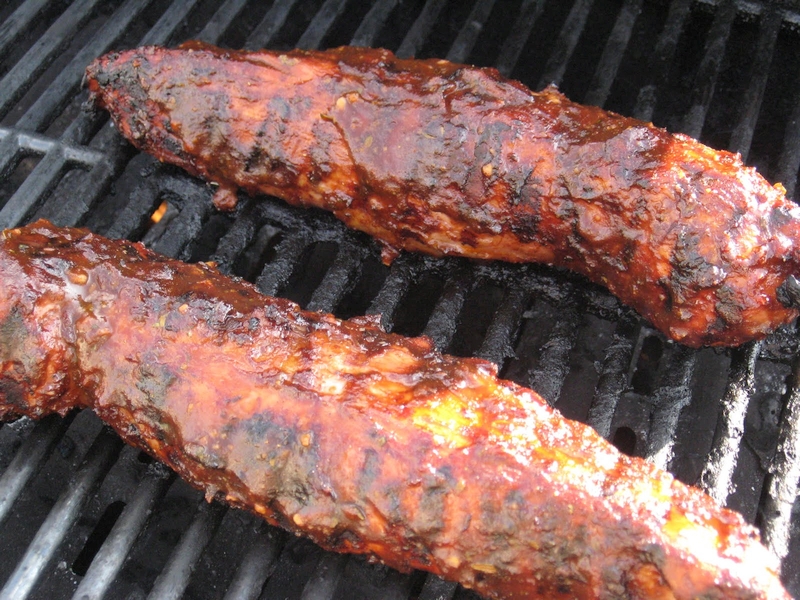 During the summer months, Terry Pomerantz loves grilling a mouth-watering pork tenderloin on the BBQ.

How to choose the best pork tenderloin for the BBQ

“Pork tenderloin is the most tender and tastiest cut of pork. The butcher slices it with care, along the vertebrae. The tenderloin you pick must be firm, dry, with no visible fat, and light pink. If the tenderloin is too dark, or if it is turning brown, don’t buy it!”

What are the Best Ingredients for a Successful Pork Tenderloin?

In his recipe for BBQ pork tenderloin, Terry Pomerantz uses simple ingredients that are easy to find.

“I don’t like to fuss over recipes containing exotic ingredients which can only be found in specialized stores.  The taste and tenderness of the pork tenderloin itself is satisfying and gives us room to improvise.   Don’t hesitate to purchase a prepared sauce and add to it your favorite spices, garlic salt, onion salt and soy sauce.  Marinate the meat for 12 hours or so… and voilà!”

Cooking pork tenderloin on the BBQ

“Nowadays, pork is of excellent quality, much more so than what it used to be. A lot less fatty, pork tenderloin also dries out more quickly when cooking. Because of this, it is very important not to cook it too long, like the way we used to! It is important to cook the pork only until the inside is hot and the pink coloration begins to disappear. This is how your tenderloin will be at its best, perfectly done and ready to serve.”

Choosing your BBQ according to Terry

“We don’t always have time to marinate our tenderloin. Here is a quick and easy recipe my family loves”: